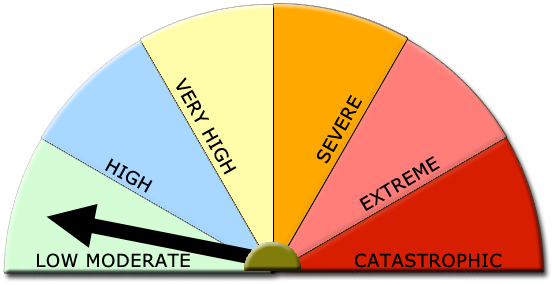 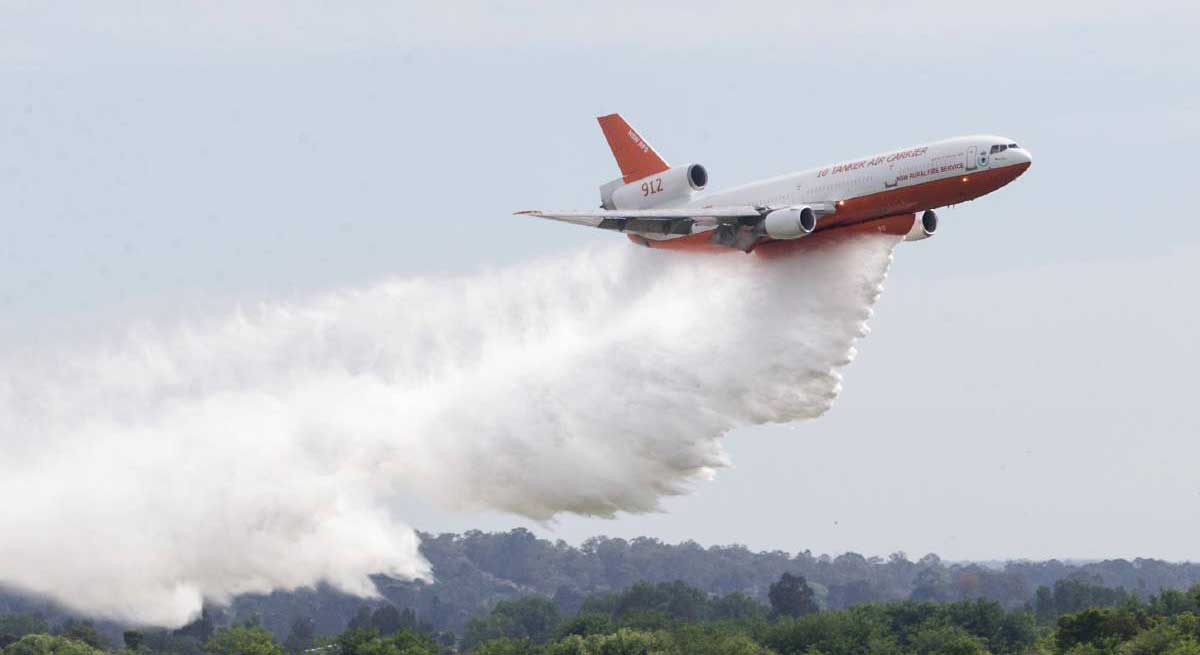 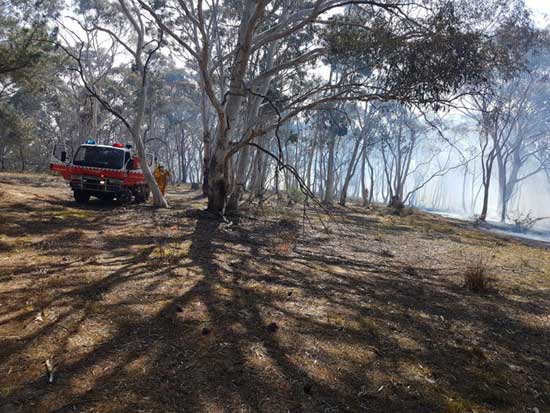 At approximately 12.30pm on Saturday 23rd September 2017 the Canyonleigh Brigade received notice that a fire had broken out on a property located on Inverary Road Paddy’s River, approximately 500 metres west of the Hume Motorway. Fire conditions on the day were Severe with a Total Fire Ban in place. The temperature was in the high 20s and a very strong wind was blowing from the west and north west.

The Canyonleigh brigade was the first brigade on the scene with our Senior Deputy Captain in charge with a crew of two in the Cat 1 fire truck.  The brigade’s second truck, a Cat 7, with a crew of two, including the captain arrived 15 minutes later. Two other brigade members arrived at the site by private vehicle.

The fire was intense with a flame height of approximately 1-2 metres burning in both grass and bushland. Our brigade was successful in securing a southern perimeter very quickly. The building on the property was on the western side and considered safe.

Due to the unfavourable weather conditions and strong swirling winds, the situation seriously escalated. RFS brigades from the Wingecarribee, Wollondilly, Goulburn-Mulwarree and the Illawarra, supported by local Fire & Rescue brigades, were tasked to fight the fire and provide property protection for residents of Paddy’s River and Hanging Rock Road, Canyonleigh. Senior RFS staff and executives attended the incident to lend support and direction to volunteers.

Brigades fighting the fire on the ground were effectively supported by aerial support including helicopters and `Thor’ the fire-fighting Hercules aeroplane.

During the afternoon the fire had jumped the Hume Motorway and started burning on the eastern side. The highway was shut to north and south bound traffic for several hours, causing major traffic delays that went on until late at night. 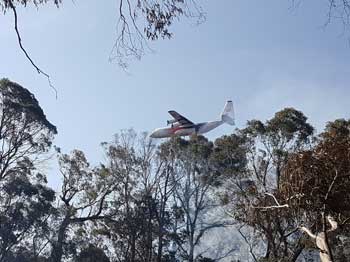 At 2.06 pm, the RFS sent a text message advising all residents of Hanging Rock Road to leave their properties and head in a northerly direction as fire could impact their properties. This situation was mitigated by continuous aerial water and retardant bombing by all aircraft.

After some eight hours of intensive work by on-the-ground firefighters, aerial water bombing and support services, the fire was deemed "under control", with many visiting brigades released to return home, including six strike teams from the coast.

The fire was monitored by several brigades overnight and the following day, Sunday 24th September seven brigade members in the Cat 1 and Cat 7 were deployed to the northern extremity of the fire to black out the edge. Tasks included putting out hotspots, breaking open burning logs and hot spots with Pulaski axes and rake hoes. We liaised directly with the 2 helicopters overhead to direct precision water drops on these hotspots. The brigade’s Senior Deputy Captain (who was first on the scene) assisted the fire investigator to determine the origin of the fire, which was quickly established, and the Police notified. 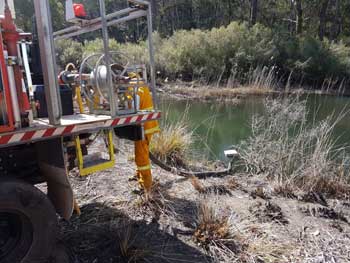 Overall the fire burnt 18 hectares of bush with no assets being destroyed other than one poly irrigation pipe. Whilst not a large fire in terms of overall size its intensity and unpredictable nature did result in an emergency warning being issued for local residents in Paddys River and Hanging Rock Road. Deployment of strike teams from the Illawarra and Southern Tablelands was initiated as the fire had the potential to impact on a number of properties, including the Penrose Monastry.

The following Wednesday night the Canyonleigh Brigade conducted a review of its involvement and response. Overall, leadership was succinct and the brigade performed well under duress. It was also the first bush fire for two of the newer members. A number of items have been identified for purchase and a number of procedures will likely be changed.

Our brigade, like many others and the RFS, used social media to keep Canyonleigh residents updated of the fire’s progress. Photos of the incident were uploaded when time allowed. In fact, our Facebook reached over 6,000 people during and after the fire.

At the time of compiling this report, investigations into the cause of the fire are still ongoing.